One of the problems with writing an ethics blog is the need to live up to a very high standard—to practice not only what I preach, but also what others might preach. It’s like someone is always looking over my shoulder to make sure I do the right thing.

That’s not a bad thing. It’s a question of having a conscience and being willing to be frank with myself.

And with my readers.

Which leads me to ask your advice on something I did this week. 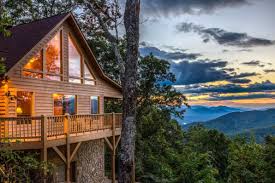 My wife and I wanted to take a little getaway next month to celebrate our 30th anniversary. We’d planned a big trip overseas, but that was canceled a long time ago. This was just going to be an escape to someplace quiet for a change of scenery, which we desperately needed, even if it meant we would still have to practice all careful practices associated with the novel coronavirus.

We wanted a whole house to ourselves and I started searching on one of those sites that connects vacationers with people who have properties to rent. Before long, we found what looked like the perfect place for a price we were satisfied with. But when I submitted the reservation request, the bill came as a shock. Not only was the website’s prices on the steep side, but the nightly price was $95 a night higher than what had been posted. (To be fair, the posted price had an asterisk  indicating changes were possible, but this was a major jump.)

Rather than finalize the reservation at the higher price, I wrote the still-anonymous owner and asked for an explanation. She said she had no control over the site and mentioned that most of her customers dealt with her directly and paid less. She went on to mention that once I made the reservation (which required a 50% non-refundable deposit), we’d have each other’s phone numbers and could “speak.”

The hint couldn’t have been more obvious. She was saying I could negotiate a lower price later, but I didn’t want to risk putting a deposit down without knowing the details, and I had enough hints about the property to track down the owner through other means. When I found her, she complimented me on my “clever” approach and gave me the price we wanted.

Was this unethical? In essence, we cheated the hosting website out of its commission. I had taken advantage of the site, which had allowed me to search an unlimited number of properties to narrow my search quickly. I could never have done that on my own—at least not in the time I was willing to spend.

I rationalized the move by telling myself I shouldn’t have to pay more than other people renting the same property. And I did feel the site’s markup was excessive. Plus they had been guilty (in my eyes) of a bait and switch on the price.

Still, do two wrongs make a right? Usually my answer is no and what I did nags at me. They provided a service and wanted to be paid for it but with the very willing help of the owner I did an end run around it.

So I’ve decided to put the question to you? Did I act unethically? I’d love to hear from any and all of you, and I hope that includes some people who rent out properties using these sites.

Just leave a comment below or email me at mark@markwillen.com